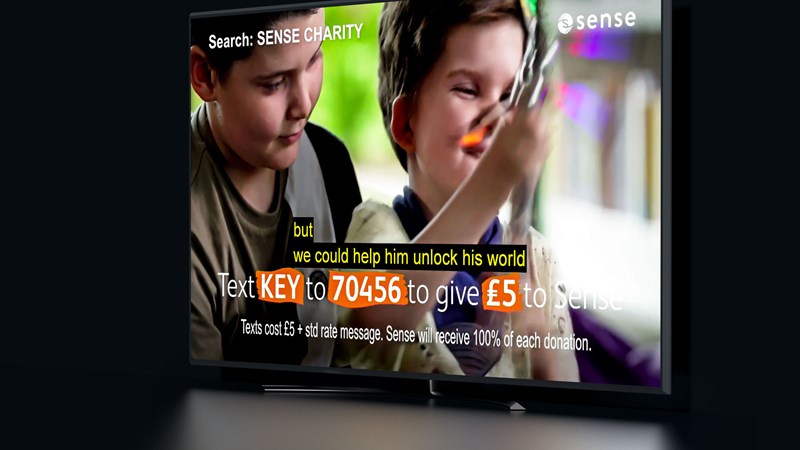 Ten years ago, we made a DRTV ad for Sense, featuring a deafblind boy called Elliot. The results were stonking. But Elliott has now grown up and Sense’s brands values have evolved – and a new ad was need.

This was a big step for a small charity like Sense. They needed to get it right. So we de-risked the process every step of the way. From holding stakeholder workshops to audience testing ‘filmcepts’ using our proprietary Research Insight tool.

This led to an idea called ‘Magic key’, which we went on to develop and shoot.  The ad has been on TV for a year now – with some magical results – and we’re all hoping that it will stand the test of time.